It is in the street that you are most likely to see Simon. Since 2017, he has been transforming public spaces into ephemeral theaters where he installs his universe to tell stories, played with poetry and lightness.

Since childhood, he's been practicing stage and circus art. However, it’s only since he arrived in Berlin in 2015, at the end of his visual effects studies, that the local scene inspired him to turn his passion into his profession.

A circus performer, juggler and rope walker, his work is marked by the different courses and workshops he has taken and continues to take. His influences are diverse: Mime, Lecoq, Decroux, dance, popping, clown. This led him to meet different teachers: Anke Gerber, Oliver Pollak, Aragorn Boulanger, Philippe Gaulier, Peter Shub, Richard Kimberley.

In 2018, he wrote the show "L'Escale" with which he has been touring since 2019. He also works with Zirkus Mond (Berlin) and Roar Circus, a silly, very dynamic not-juggling duo, which he co-founded with Marc Zeun. 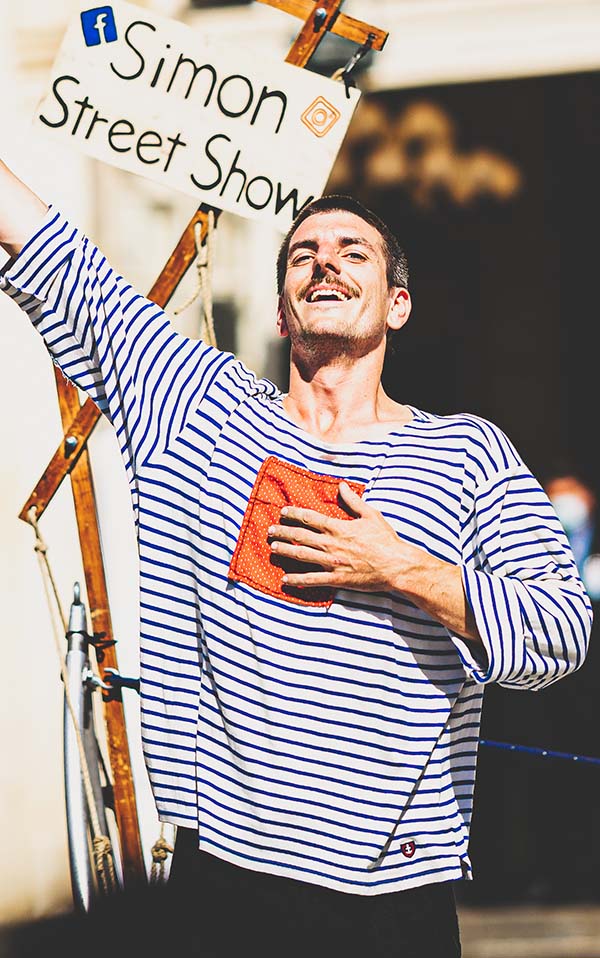